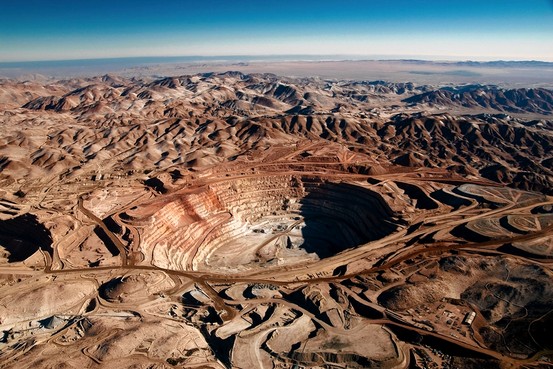 Freeport-McMoRan Inc. said it would sell its stake in an African surface-mining operation to a Chinese mining-and-processing firm for $2.65 billion in cash, as Freeport looks to pay down debt.

Phoenix-based Freeport FCX, -5.60% said it would sell its interests in TF Holdings Limited, a Bermuda holding company that indirectly owns an 80% interest in the Tenke Fungurume mine in the Democratic Republic of the Congo, to China Molybdenum Co. Freeport has a 70% stake in TF Holdings, and an effective 56% interest in Tenke.

Last month, Freeport announced it would cut 25% of the oil-and-gas workforce, or 325 jobs, as part of an overall restructuring in that business. The company said it is evaluating options for the oil-and-gas business, including possible asset sales or joint-venture arrangements. Since the beginning of this year, the company has announced more than $4 billion in asset-sale transactions.

The TF Holdings transaction, subject to regulatory approvals and other closing conditions, is expected to close in the fourth quarter of this year. Freeport said it doesn’t expect the transaction to affect Tenke’s operations, which employs about 3,400 full-time workers and 4,200 contractors.

In addition to the TF Holdings transaction, Freeport said it would negotiate exclusively with China Molybdenum to enter into agreements to sell its interests in joint venture Freeport Cobalt, which includes the Kokkola Cobalt Refinery in Finland, for $100 million. The company also seeks to sell the Kisanfu Exploration project in the Democratic Republic of Congo for $50 million.